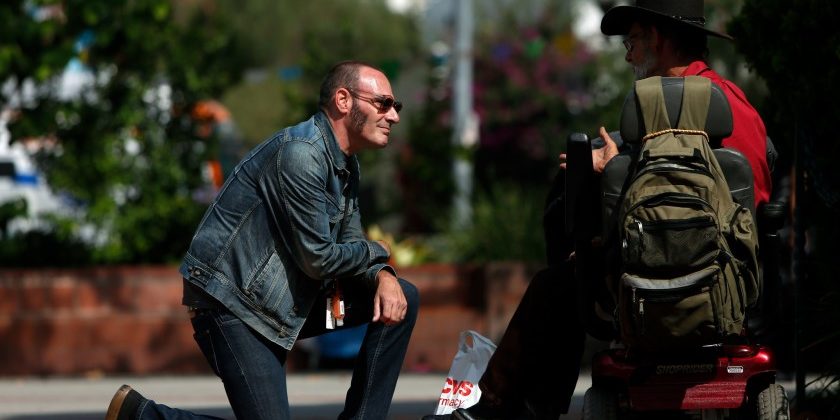 Column: Meth addiction is an epidemic, and it’s complicating the homeless relief effort

She was ravaged by drugs, a young woman turning old too soon. Her face was puffy and scabbed, her arms were scarred by needle marks, and an abscess the size of a kitchen sponge floated under tight skin near her elbow.

On Thursday morning in downtown Los Angeles, the 26-year-old brunet walked into a needle exchange program asking for help. She said she had spent most of the previous several weeks living in a car.

“I came here because I want to get clean,” said the woman, who told me she uses heroin and methamphetamine and had nearly died several days earlier from a fentanyl overdose. “It’s exhausting, trying to make money to do drugs, and then do it again and then get sick.”

Take her story and multiply by the thousands. Addiction and all its consequences are on full display in Los Angeles County, where the latest sprawl is measured in tents rather than houses. Drugs are a booming underground economy with open-air visibility, and nearly a third of homeless people report having either a serious mental illness, a substance abuse issue or both.

On Friday, traveling with a downtown outreach team, I visited a campsite above the Hollywood Freeway. It’s a hangout for heroin addicts, with drug paraphernalia scattered outside their tents and an evacuation notice posted on a wall. The team made connections, left contact information and will go back, again and again and again, until someone reaches for the life preserver.

There were people who’d had strokes in their 30s.

Nearby, a mentally and physically ill woman who uses drugs was in tears. Her tent had collapsed. She lifted her shirt and showed me a feeding tube, still attached to her belly button after a recent hospitalization. Around her neck was a tracheostomy collar, and the outreach team I was traveling with said she had to have it cleaned out recently because it was filled with maggots. The team called to get her additional medical assistance Friday morning.

Across from City Hall, a pregnant heroin addict leaned against a wall near where a meth user gyrated and twisted, and the outreach team kept up its relentless daily mission to offer support, advice and hope — all aimed at getting the street population rehabbed and housed. They are overwhelmed.

This is the out-of-whack state of the city right now — cranes redrawing the skyline while the social fabric ruptures at our feet. Poverty, homelessness, mental illness and physical disease are all mixed up together, and addiction complicates efforts to help. Opiates can and do kill quickly, but the drug of choice the last few years has been methamphetamine, a more deliberate assassin that delivers a splendid immediate high while quietly attacking organs over time.

The woman at the needle exchange told me she feels irritable, shaky and bordering on psychotic at times, and $5 can buy another hit of meth, which fixes everything. Until it wears off in a few hours, and the psychosis creeps back up on her. Several people told me they use meth because it keeps them awake at night, so they can fend off robberies and assaults.

“No matter how down or how vulnerable or depressed you feel, meth has the tendency to just get rid of all that in a way that drinking or crack can’t do,” said Sean Romin, who’s been clean for 15 years and is the addiction specialist on the outreach team I tagged along with. “For eight, 10, 12 hours, you can feel like a normal human being. You can feel like there’s hope.”

But then it slips away.

LAPD Chief Michel Moore told me that generally speaking, opiates are the scourge on the East Coast right now and meth is destroying the West. Production has grown beyond small meth labs in the sticks, Moore said. Now it’s big business for Mexican cartels and major U.S. gang leaders, in and out of prison.

“Meth puts you in one of the deepest holes to climb out of. It rots people from the inside out and absolutely owns their lives, and they will do anything in order to exist on it and pursue it,” said Moore, who told me he’s going after the supply chains at the highest and lowest levels.

“Crystal meth is the plague of our society,” said Dr. Susan Partovi, who works at the needle exchange I visited. When she worked in the county jails, she got a disturbing look at the effects of long-term meth use in young people.

“I was seeing 20- and 30-year-olds who had heart attacks and heart failure, and people with pulmonary hypertension who will need lung transplants. There were people who’d had strokes in their 30s,” said Partovi, who has done urgent care relief work in Haiti and returned to skid row to find even worse conditions.

Mark Casanova of Homeless Health Care Los Angeles said it used to be that about 70% of the agency’s drug-addicted clients used cocaine; now 70% use meth.

“It’s way cheaper, it lasts longer, you can smoke it or inject it, it’s easy to get,” Casanova said.

A meth high can mimic the symptoms of mental illness. Psychiatrist Brian Hurley, head of addiction medicine for L.A. County’s Department of Health Services, said he often can’t tell whether someone is mentally ill, high on meth or both.

“Meth is a huge driver of mental health issues because when you use meth, you can become psychotic and anxious and feel depressed,” said Dr. Hurley, who added that meth addiction is tougher to treat partly because, unlike with opiates, there’s no less harmful replacement drug to help break the grip.

What to do about it all, in addition to more supportive housing?

Hurley said a meth addict is often escaping an underlying issue such as depression, so we can do a better job of identifying and treating the cause. He’d also like to see more recovery housing and a system of lifelong rather than temporary treatment, because with meth, the relapse risk runs high.

Chief Moore said that while he tries to knock down the supply, he needs the public health side to step up efforts to address the demand. He said chronic addicts shouldn’t be criminalized, but when California lowered penalties for possession, courts lost an opportunity to offer rehab in place of incarceration. Diversion programs are still available, but Moore said he’s advocating bolder incentives to get chronic addicts help, save lives and reduce crime.

Casanova said a lot of street people with serious addictions are not likely to go into residential rehab, and full abstinence isn’t necessarily foolproof or the best strategy. He’d like to see more outpatient treatment and more intervention on the streets.

Dr. Partovi is an advocate for redefining “grave disability,” so those with a mental illness or an addiction that impairs their thinking can be forced into life-saving treatment.

The social and medical workers I traveled with Friday included Romin, Lauren Gonzalez, Sarah Higgins, Lucia Pirir, Charlie Gomez, Ngozi Njoku and Sieglinde von Deffner. They knew just about everyone on the streets, and they have a strategy in place to help and eventually house every one of them. But that can take a long time, especially when addiction and mental illness are intertwined.

Near Olvera Street, Romin introduced me to Tony Lee, 53, who said he recalls the violence in Vietnam during his childhood before the fall of Saigon, after which his family moved to California. Lee said he experimented with drugs in high school to fit in, then went to Boston University to study quantum physics, but got sidetracked by drugs and crime.

Back in Los Angeles and diagnosed with post-traumatic stress disorder, he was homeless and addicted to meth until Romin steered him into temporary housing near Union Station last September. He’s still there, trying to stay clean.

“I got to where I was tired, my body was hurting, I couldn’t sleep and my heart was getting weak,” Lee told me. “I’m still young and I want to get my life back. I’m trying my best.”

Addiction and the Effects on Relationships
January 25, 2022
News and Information
Listings and More Information 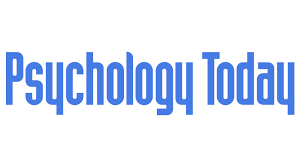