Methamphetamine, or Meth, is an enormously addictive drug. If a person uses it more than once or twice, their body is very likely to become dependent on the influx of chemicals. Once the body becomes dependent, it will go into withdrawal if a person stops dosing. Methamphetamine withdrawal symptoms begin to manifest as the body detoxifies, removing the methamphetamine from its system.

The extreme psychological and physical toll that meth takes on the body makes it one of the most dangerous drugs on the market. Methamphetamine deeply affects both a user’s brain and body, and these symptoms and warning signs are visible in a variety of ways.

One of the first symptoms of meth abuse is a sudden loss of interest in areas of life that were once important to the person. Hobbies, relationships, and career goals will all begin to take a back seat to getting and using meth. Initially, many people will attempt to hide their drug use, but the longer someone uses meth, the more prominent it becomes in their lives. Methamphetamine chemically alters how a user thinks and feels, which can make what was once a recreational drug activity a major life priority.

People abusing or addicted to meth will exhibit a variety of behavioral and physical symptoms. Some of the most common signs of meth use include: 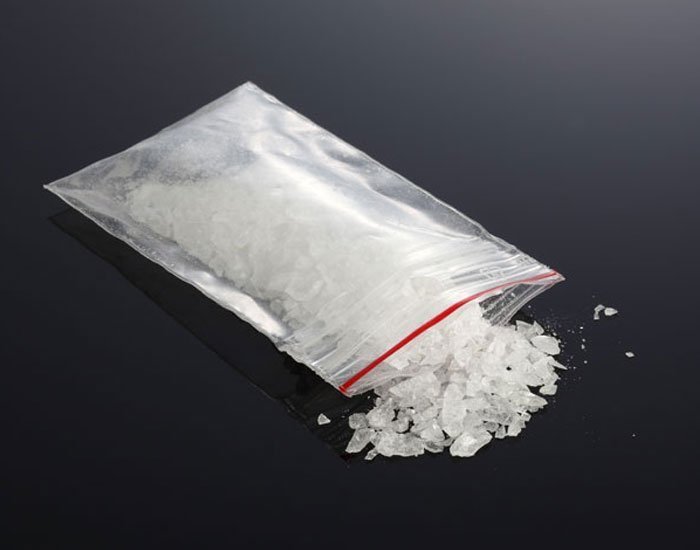 Methamphetamine usually comes in the form of a crystalline white powder that is odorless, bitter-tasting and dissolves easily in water or alcohol.

Some common signs of meth use may include:

Methamphetamine usually comes in the form of a crystalline white powder that is odorless, bitter-tasting and dissolves easily in water or alcohol.

Some common signs of meth use may also include:

If You Or A Loved One Is Struggling With Methamphetamine Dependence Or Abuse, Give Us A Call Today For Help! We Are Standing By And Ready To Take Your Call!  1-844-88-DETOX

Is Detox from Methamphetamine Necessary?

One potential downside to attempting to detox on your own is that it may be tough to resist the temptation to return to using meth in order to stave off the arrival of unpleasant withdrawal effects. A regimented detox program can be beneficial in that it can help you get a clear mind to focus on learning the skills necessary to maintain sobriety.

The most common withdrawal symptoms from meth include

Many meth users report experiencing a “crash” in which eventually they become so physically and mentally exhausted, they sleep for hours and sometimes days during the detox process.

Meth withdrawal symptoms can be both physical, mental and behavioral, and they can be be very intense, lasting for days or even weeks. The primary factor that determines the length of the symptoms is the amount of time the person has been addicted.

Methamphetamine withdrawal, like any withdrawal, is not a pleasant experience. Crystal meth withdrawal symptoms begin around 24 hours after the individual’s last dose. Fatigue often sets in first, followed by an overwhelming feeling of depression. Some patients also experience paranoia, hallucinations, anxiety, and insomnia during this time.

What to Expect During Methamphetamine Detox

During detoxification from meth, you may:

You can expect to feel fatigued as your body becomes used to the absence of meth, so get plenty of rest during detox.

Your appetite should start to return after the acute phase of withdrawal.

Depression is identified as a post-acute withdrawal symptom from meth and it can lead to relapse, thus complicating recovery.
Behavioral therapies are most effective at treating meth addiction and can be combined with pharmacotherapies to increase chances of long-term recovery.
Detox symptoms are generally not life threatening coming off meth, therefore outpatient detox and treatment centers are effective in helping meth users start the process of recovery. Incorporating a relapse prevention program into outpatient care will provide the best outcomes for staying sober.

Post-acute withdrawal symptoms often continue to occur for six months or longer after ceasing benzodiazepine use. Symptoms of PAWS include:

It is important to consider what level of care is appropriate for your situation.

If your risk of withdrawal symptoms is low, you may benefit from entering into an outpatient detox center where you can:

This is also beneficial for people who have to continue working or going to school.

If you are able to commit to a residential detox center, it may be important to ask what their detox process is for meth users.

Most insurance companies require an assessment of medical necessity when determining whether or not they will cover the cost of treatment at the residential level, so call your insurance company to see if they cover detox from meth.

If You Or A Loved One Is Struggling With Methamphetamine Dependence Or Abuse, Give Us A Call Today For Help! We Are Standing By And Ready To Take Your Call!  1-844-88-DETOX