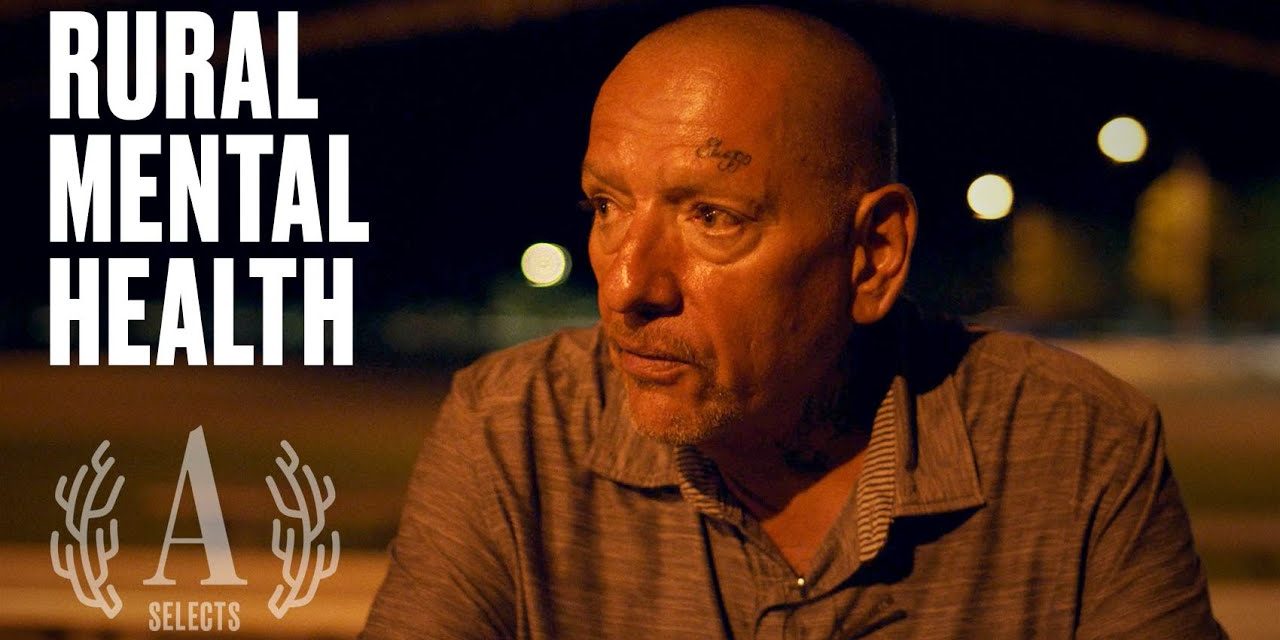 That’s because, relative to urban areas, rural counties have so few mental-health professionals. The majority of nonmetropolitan counties in the U.S. don’t have a psychiatrist, and almost half lack a psychologist. The paucity has resulted in a public-health crisis—rural Americans suffering from a psychiatric condition are more likely to encounter police than receive treatment. Each year, 2 million mentally ill Americans, most of whom aren’t violent criminals, end up in jail.

This is the case in Cochise County, Arizona, a sprawling area nearly the size of Rhode Island and Connecticut combined, but with 3.8 million fewer residents. Many 911 calls in the area involve people with mental-health issues, and according to Mark Dannels, a local sheriff, 67 percent of the people in Cochise County Jail were diagnosed with a mental-health condition.

In the short documentary Out of Sight, Out of Mind, directed by James Burns for PBS Independent Lens, Dannels and other residents of Cochise speak to the alarming implications of the area’s lack of psychiatric resources.

“There’s an increasing demand for mental-health services across the board, and we can’t keep up,” Dr. James Reed says in the film. Reed is one of just two mental-health professionals serving the entirety of Cochise County.

“With the lack of resources in a county like Cochise, it is a revolving door [to prison],” Dannels says. “The options are limited … one option that remains constant is the arrest. I’ll be the first tell you, that’s not the answer.”

Burns, who has personal experience with the criminal-justice system, told me that when a county is already struggling financially, mental-health care is often pushed to the bottom of the list of concerns. “It’s seen as a luxury, yet oftentimes it’s those with the least access to it that need it the most,” the filmmaker said.

“Cochise is an acute example of how the crisis manifests,” Burns continued. “It is so remote that people are physically unable to travel the distances they would need to go to get help. That’s emblematic of the story playing out in rural areas all over the country.”

“What most people think about when they picture persons with mental illness are people sitting on a city street, homeless,” Mohatt said. “They think of an out-of-control teenager in a large metropolitan school. They think of a person locked in a psychiatric hospital ward. They think about people making poor choices.”

This film is an Independent Lens “Stories for Justice” production in association with Terry Greene Sterling and the Arizona Center for Investigative Reporting.

We want to hear what you think about this article. Submit a letter to the editor or write to [email protected]

Addiction and the Effects on Relationships
January 25, 2022

Does Relapse Mean Your Treatment Has Failed?
August 9, 2021